How to support employee mental health during a recession Economic instability has a direct impact on mental health conditions. It is no longer a secret that financial well-being is a great predictor of mental health. Unstable economical times can leave employees worried about their job security, their bills and mortgage, and their ability to sustain loved ones. Knowing this, employers should no longer act like finances and mental health are separate issues — so what can they do when an inevitable recession threatens their team’s wellbeing?

Studies have linked economic recession with a rise in mental health issues like depression, anxiety, and even suicide. It is not necessarily the recession per say which causes people to experience a decrease in well-being, but rather its implications. In such times, people lose their jobs, have lower employment prospects, and incur more debt. They experience significant uncertainty about the future and ponder on big questions such as ‘how will I support my children through school?’, ‘how will I pay off my  mortgage?’, ‘how will I afford to take time off?’

Unfortunately, these are not just pessimistic assumptions. During the Great Recession, the loss of jobs increased mood disorders in the U.S. by 22%, according to a study published last year. Researchers also found 1.2 to 5.8 times higher odds of major depression. Recession exacerbates pre-existing mental health disorders, but it also triggers new ones — so even if some people’s mental health was stable in normal economic conditions, they are still more vulnerable in times of great financial instability.

Why is recession a threat to mental wellbeing?

In order for employees to understand why a recession is such a major threat to employee mental health, let’s look at how financial stress affects their wellbeing.

As it turns out, there is no mental well-being without financial security. It goes without saying that mental well-being and financial stress are intrinsically linked. Employees with debt issues are more likely to develop mental health problems that have a knock-on effect on their morale and motivation in the workplace.

Although debt or poor finances do not directly lead to mental disorders, constantly worrying about them does. The stress resulting from figuring out how to make payments on time and ensure a decent living can make many people highly anxious. Some other money-related issues that impact mental health are:

Ways employers can offer support during a recession

Being stressed with financial concerns and not knowing what to do can exacerbate mental health issues even more. One way employers can provide support is to offer educational materials on how people can look after themselves during uncertain financial times.

Coping with financial stress can be similar to dealing with other types of stress in general. Employees can benefit from having emotional regulation tools and techniques that help them reduce stress. Employers can offer stress management resources that help their staff understand how to respond to crises, adopt a problem-solving approach, and healthily manage their emotions.

After providing your employees with information on stress, it’s important they are knowledgeable about what to do when feeling this way. You can organise workshops about how they can better deal with financial stress and how to help themselves during difficult times. Another way to offer stress management techniques is through workplace stress management programs. These can include:

Regardless of the stressor, any individual within a company benefits from mental health support. Employers should ensure that everyone in their organisation has access to psychological support. In particular, those affected by financial stress will greatly benefit from having a go-to person in times of crisis.

Going through a recession is particularly challenging even for the most resilient employees, so make sure that everyone has someone to talk to in case they need to.

Recessions are not just financial issues — they are complex problems that have a direct effect on people’s well-being. As an employer, do not ignore the stress that your team can go through during unstable economic times. Even those who are fortunate to keep their jobs during this period will also feel the effects of the recession. Knowing this, it’s important to offer resources and tools that help employees better manage financial uncertainty.

SupportRoom offers flexible mental health support for employees in the form of online therapy, self-help tools, and wellbeing monitoring. Besides, it helps leaders identify mental health trends in the workplace with data-driven insights. This way, you can implement changes and mental health initiatives knowing exactly what’s going on behind the scenes. 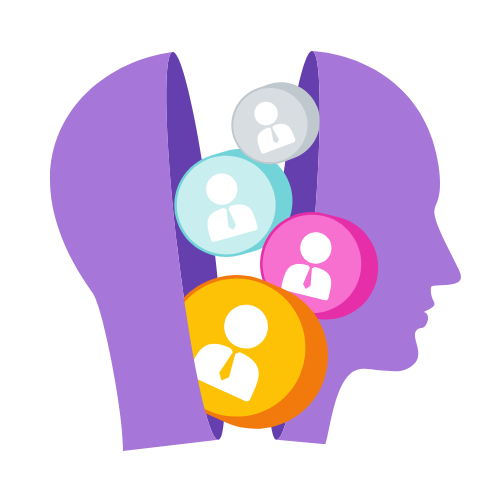